I like to overshare things about my life so setting up my own blog seemed the next logical step.

We all know I’m not one to shy away from a swear word despite people calling me crass and vulgar, but too many people cringe when we utter the word…feminism. Images of hairy, smelly women wearing no bra and socks with sandals come to mind. I’m sure some feminists look like that, but that’s just because they don’t like showering and have a poor taste in clothing, not because they believe men and women should be equal.

Do you think that because I swear a lot, drink pints and talk about wanking I’m not “womanly”? Surly not because that’s bull shit. I’m all fucking woman, and mores the point I am mega proud to be a woman. We’re ace. I’m ace.

Since becoming a mum to two beautiful girls I have grown a soapbox beneath my feet and I admit I can be irritating af but also, who has two thumbs and doesn’t give a shit? This guy!

I have so many awesome women in my life and I’ve watched them slay every day.

My mum has been through too much loss in her life but she still gets up every day and takes on the day with a smile on her face. She raised three awesome children, and now she’s helping us raise ours. If I am half the mum that my mum is, I’m cool with that. 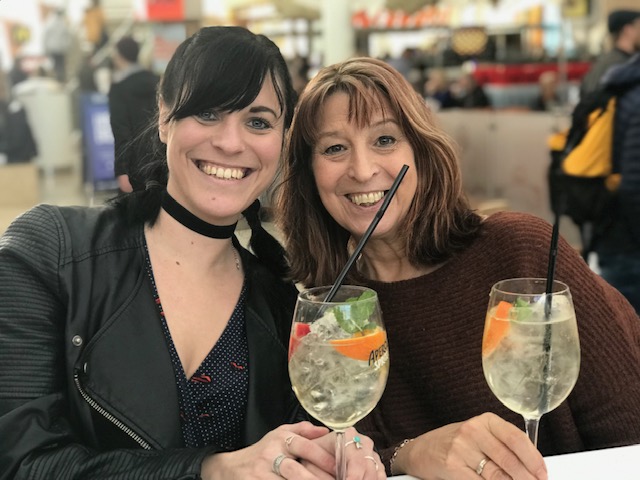 My big sister is probably the strongest person I know. She has darkness in her life, but she doesn’t let it stop her bringing sunshine in to other people’s life. Her heart is so kind, she is so thoughtful. Her job is killer and she bosses it every day. Every.Single.Day.

Lisa is a fucking hero. She was a head of comms before she even hit 40 and in the end she was just too much for the organisation she worked for. They replaced her with a weak yes man who they bend over and fuck every day. She wouldn’t take that. She fucked them.

Amy is one of the best mums I have ever met. She works full time, has two beautiful boys and runs her house. She’s always smiling and is always on top of her life. How the fuck she does it, I’ll never know.

Andrea literally works her arse off, like 60 hour weeks. She walks in a room and you know it. She owns it. Her self-awareness is admirable and, being totally honest, she’s smokin’ hot.

Dalia, Angela and Michelle are the three of the most amazing women I know. They have been my best friends since I was 18, we have grown up together and I admire them just as much now as I did then. The booze we can put away between us is enough to gain anyone’s respect.

So my advice on this international woman’s day is fuck growing a pair of balls, grow some tits.

This is a text widget, which allows you to add text or HTML to your sidebar. You can use them to display text, links, images, HTML, or a combination of these. Edit them in the Widget section of the Customizer.